The U.S. Department of Labor reported a historic jump in the number of Americans seeking jobless benefits this past week, perhaps the most glaring figure to illustrate the impact of the spread of coronavirus on the economy.

As per the DOL, seasonally adjusted weekly jobless claims from the week of March 21st spiked to 3.28 million.  That print is over 370% higher than the previous weekly high set of 695,000 set during 1982 according to data from the Federal Reserve Bank of St. Louis. The 1981-1982 recession saw close to 11 percent unemployment at its height. 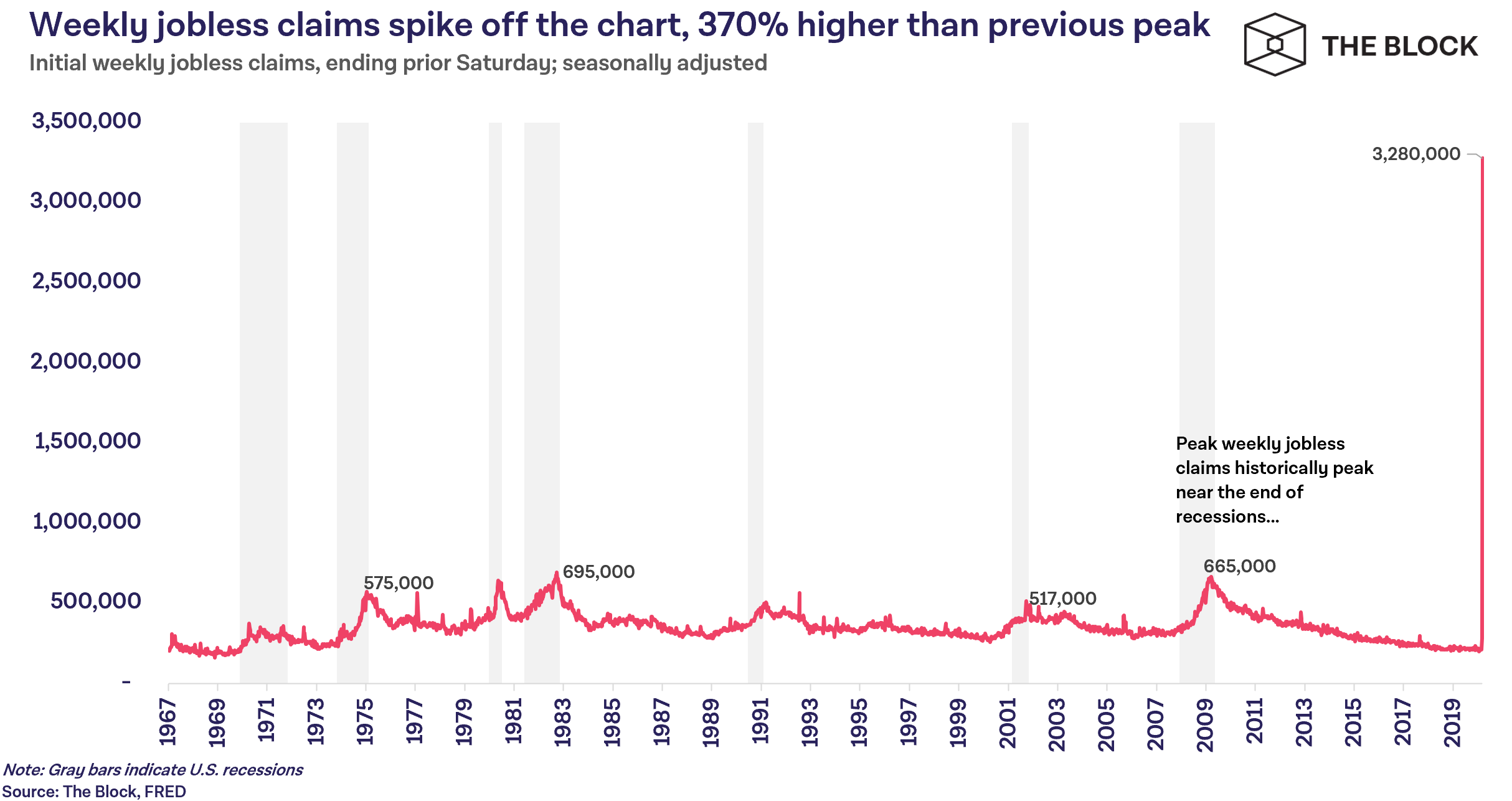 Indeed, investment bank Morgan Stanley was predicting jobless claims numbers to hit to 2 to 4 million, an increase that led to their economists to adjust their original forecast on a recessionary outcome.

“Looking out a month or so, our economists predict an unemployment rate north of 10%, which would exceed the rate experienced during the Great Recession,” a group of analysts at the bank wrote.

The bank said the pace at which coronavirus-tied social-distancing and wide-spread business closure has impacted the economy explains recent stock market performance.

“Markets always move ahead of the data,” the bank noted. Still, the possibility for a quick V-shaped recovery offers one silver lining.

“The question at this point is, will the recovery be just as fast,” the bank said. “We think there is a strong argument for, rather than against, a fast recovery at least over the next 6 months.”

Typically, initial jobless claims historically tend to peak near the end of a recession.

ICOs are out, decentralized finance is in, claims new report

U.S. jobless claims skyrocket to over 3 million, markets rally regardless